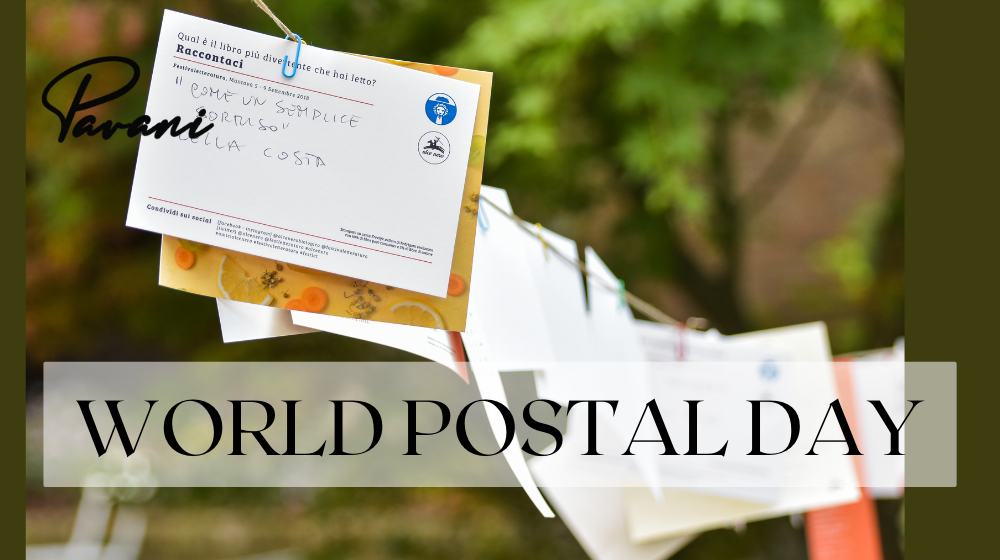 The day is celebrated to mark the anniversary of the establishment of the Universal Postal Union in 1874. Today it represents the contribution of postal workers, their networks, and their importance to the global economy.

World Post Day is celebrated on October 9 every year. The event was announced by the 1969 Universal Postal Congress in Tokyo. It is held to mark the anniversary of the creation of the Universal Postal Union. The union was established in 1874 to create and maintain a postal system for the free flow of mail around the world.

The purpose of World Post Day is to raise awareness of the role of posts in the daily lives of people and businesses and their contribution to global social and economic development.

As a result, member states of the UPU are encouraged to organize their national activities to celebrate the event, from introducing or promoting new postal products and services, to organizing open days at post offices, postal centers, and postal museums.

World Postal Day commemorates the founding of the Universal Postal Union (UPU) in Bern, Switzerland in 1874. Celebrated in 151 countries, it was first declared World Postal Day by the UPU Congress held in Tokyo, Japan in 1969. In India, this day also recognizes the beginning of National Postal Week which is celebrated from October 9 to October 15.

Member States around the world use this day to launch new postal initiatives and hold special exhibitions to raise awareness about the importance of postal services in everyday life and their contribution to the social and economic development of countries.

UNESCO has organized a letter-writing competition for many years and prizes are awarded on World Postal Day.

What Is CodeIgniter Framework? A Complete Guide