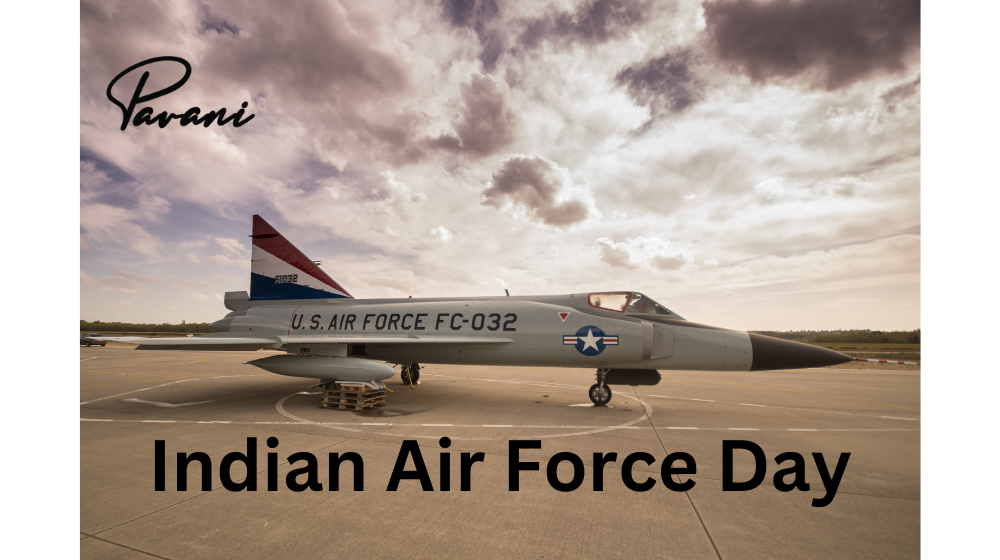 IAF celebrates the Indian Air Force Day at the Hindon base in the presence of senior officials and the IAF chief of all three armed forces. In addition, there is a show with a display of aircraft to celebrate this day.

The Indian Air Force was officially established on 8 October 1932. Its first AC flight took off on 01 April 1933. Hence, the celebration of this day was officially started on 8th October 1932 to increase the awareness of Indians. Officially and publicly Air Force in any organization of national security. As the Indian Air Force (IAF) has the primary responsibility of protecting Indian airspace and conducting aerial warfare during any conflict, the day is celebrated with air shows and parades conducted by air force cadets at air force bases across the country. It is known that the Indian Air Force is a fundamental and important part of the country’s defense system along with the Indian Navy and Army. The first flight of the IAF was launched on 1 April 1933. It was during the Waziristan War against the tribals that the IAF embarked on a daring mission for the first time. Later the IAF expanded tremendously during World War II.

The IAF proved to be a formidable defense force during the war, particularly in Burma. Its anonymous contribution and achievement earned the IAF the prefix Royal in 1945 and hence became known as the Royal Indian Air Force (RIAF).

The Indian Air Force (IAF) is the air force and an important organ of the Indian Armed Forces, playing a vital role in the wars fought by the country. Its primary mission is to protect Indian airspace and conduct air operations during inter-state armed conflict.

The day is celebrated with equal enthusiasm and pride at various airports across the country. All Air Force Bases in several states will conduct parades at their respective Air Force Bases. Even the military parade will be conducted according to the same schedule and protocol followed every year.

Some Facts about India Air Force

Why Is World Cotton Day Celebrated On 7th October