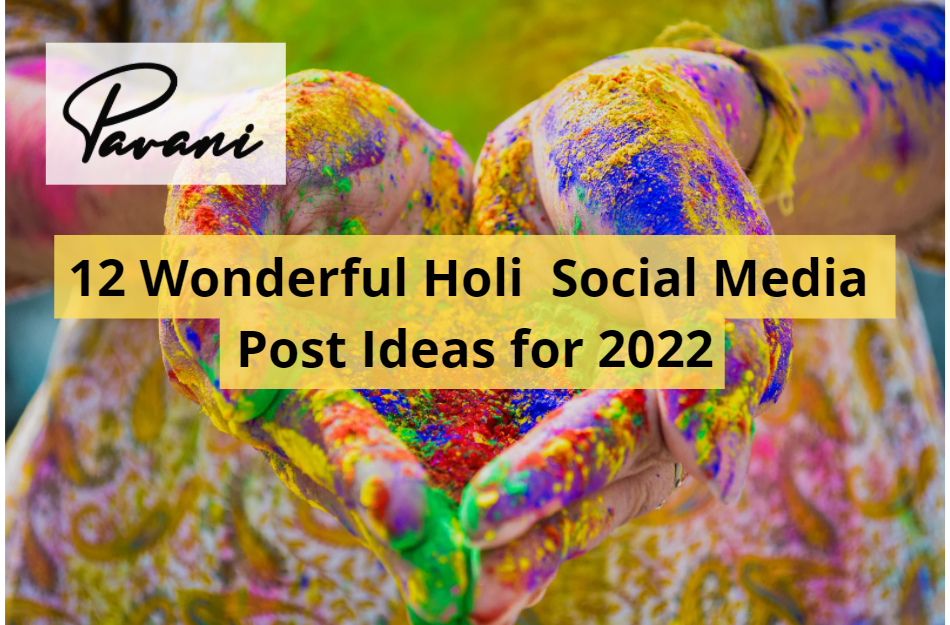 One of my favorite things about this year is that Holi is approaching! As we eagerly await the Festival of Colors, the brands have been working around the clock to make it even more colorful.

Holi is the time to welcome spring and end the winter blues. Historically, this has been very important. From folk tales to songs, you can find a lot of references to this festival. Many believe that it is a celebration of good over evil. Holika Dahan conducted a day before Holi, realizes that evil will not last long.

Widely celebrated in the northern part of the country, the Festival of Colors and Love falls one day after the full moon. When a holy Holika fire is lit the day before the actual celebration, people gather together to celebrate the victory of good over evil and sprinkle each other with colors of joy.

No matter how you want to celebrate, the feelings are all the same. Some sprinkle water around the pots, some use balloons, and some use natural goulash and flowers.

Holi generally welcomes spring, fertility, harvest, and bright colors into the world after the dullness of winter.

Culturally, people say that Holi is the day to say goodbye to their troubles and enmities, and some say that on this blessed day the greatest enemies and foes become friends by smearing kula on their faces. Hence, the celebration and tradition is called ‘Holy Milan’.

Here are some brand posts that brought that extra dose of color in recent years for holi day.

The real estate brand was able to subtly greet its audience.

Keep it simple with a vibrant display of colors.

A view through the window, into the sky where the colors are spread out.

Double the joy if you have a friend.

Named for their creative stickers, Hike congratulated everyone on exactly what they are famous for.

Every time we play Holi we all discover a new mix of colors!

Aircel beautifully brought a humanitarian touch to their will.

Holi is suitable for everyone, including DoCoMo’s doodles.

While playing Holi, you may get thirsty in the middle.

Go Shoe Free For This Holi!

When you need some mentos to solve the anagram.

There’s no celebration without a feast!

There is ample evidence in historical texts of how important this festival was. There are many cultural stories about the origin of Holi. History has it that the festival was named after Holika, the sister of the Asura king Hiranyakasipu. Since this monster king is immortal, no power in the world can kill him in any way.

However, when Hiranyakasipu realized his power that had never faded, he became evil and began to destroy everyone around him. Knowing this, his son Prahladh decided to kill him. But the demon king knew of the plan to kill his son and instead told his sister Holika to kill Prahladh.

Now on the day that marks Holi, Holika has to put on a dress and throw Prahlada on fire. But, when Holika reached the fire, the robe flew off her shoulders, went over Prahladhan, and protected him, burning Holika to ashes. Therefore, Holi is popularly known as the victory of good over evil. Some stories revolve around Shiva, Kamadeva, Pootana, and Dhundhi.

The festival is generally celebrated grandly in Mathura and Vrindavan to pay homage to and remember the sacred love and unity of Radha and Krishna.

Although gathering family and friends is a celebration, if you have not been able to celebrate the Festival of Colors with your loved ones this year, here are some sample congratulations you can share with them.

What message does Holi give?

Holi gives us the opportunity to forgive even our enemies, celebrate the festival of color with them and make them friends again.

What Holi means to me?

Holi is the celebration of the end of winter and the beginning of spring.

Why we will celebrate Holi?

The arrival of Holi spring, the end of winter, is a festive day for the flower of love and many more, to meet others, to play, to laugh, to forget, to forgive and to repair broken relationships. The festival also celebrates the start of a good spring harvest season.