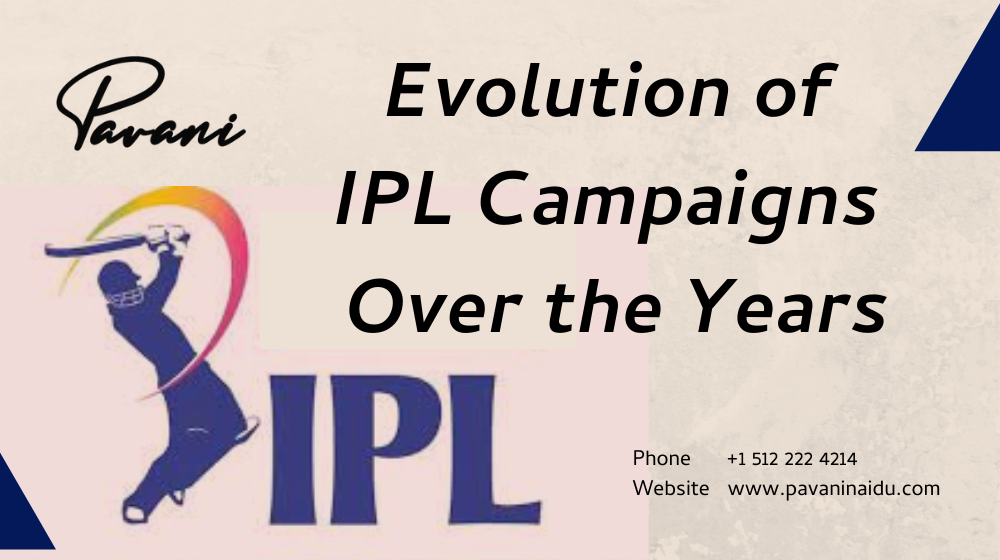 When the Indian Premier League fever was introduced in 2008, it occupied the entire country and made a place in everyone’s television schedule. It’s been more than a decade now, and its excitement has not diminished.

The primary reason for the players and their best talents is, without a doubt, the many factors that come together every year as the annual grand celebration of cricket. Initially, the IPL was the sponsor of the DLF title, followed by Pesi, now Vivo.

Over the years, campaigns to stimulate IPL Campaigns marketing have been constantly updated and added to its excitement, with changes in trends, sponsors, players, team restructuring, the introduction of new teams, and more.

How do Campaigns help Brands?

With a huge brand like the IPL already having such a large consumer base coming back every year, the campaigns help to refresh the whole concept. Although cricket in our country is treated almost like a religion, not everyone can easily believe what new things it brings every year.

The most anticipated annual event in the country, the IPL Campaigns has been successfully maintaining its appeal for many years. The shine and glamor, and the very popular T20 format, helped keep the love of the event alive at this time.

Given below are glimpses of the campaigns carried out by the IPL since it began:

The first campaign may be one of the most unusual ways in which a cricket or sporting event is announced. This system is the setting of Indian drama of the 80s because it suited the tone of the IPL broadcaster at that time – Set Max (a Hindi film channel). But it did live up to its promise – offering drama, suspense, and energetic entertainment.

In the second season, the focus was on spreading the message of how the IPL Campaigns are blurring boundaries and helping people unite by showing people doing the same thing at the same time. They tried to show how it reflects the impact of the IPL  Campaigns on the crowd.

The third season is in full bang. Since last season was held due to the election in South Africa, the return home season was centered on a sense of patriotism and pride, which is reflected in their campaign – Saare Jahan Se Achcha.

Humorous and highly satirical about the ‘Bharat Bandh’ called by various political parties in the country, it was likened to what appears to be a cricket holiday in the country. The popularity of this campaign was more than just the ICC Cricket World Cup campaign.

This year’s campaign focused on people carrying chairs standing together and playing together. It exemplifies the love of the game shared by the whole country and had the slogan “Aia Mauka Aur Kaha Milega”.

Danced by choreographer and director Farah Khan, they started one of the most popular campaigns ever with him. He can be seen teaching the fans the steps and the slogan “Sirf Dekhne Ka Nahi” was actively involved with the fans and was loved by all.

With scenes like a Bharatanatyam dancer running around the streets wearing sports shoes to watch the match, people everywhere were rushing to do the same and enjoy their favorite match as the seventh season of the IPL reached new heights.

Festivals in India are a big thing and the whole country comes together to celebrate all the major festivals. With this in mind, the ‘Bharat Bandh’ campaign equates the event to a festival that the whole country looks forward to with all its heart. Just like other Indian festive seasons.

The campaign for the ninth season promoted a sense of unity and solidarity as the whole country went through some difficult times. So, the slogan “Ek India Happywala” spreads some hope and positivity.

The campaign was created to pay tribute to their loyal and avid Indian fans as they played a key role in shaping the IPL tournament, celebrating the decade-long journey of competition in the country.

As the competition shifted from Sony to Star, the shares were even higher. Also, for the first time, the competition launched campaigns in several regional languages ​​such as Tamil, Malayalam, and Bundelkhand.

With personal achievements at the forefront, Starr’s first campaign, for the first time, promoted the idea of ​​seniors guiding their younger ones and paving the way for the future. “Game Banayega Name” encouraged emerging cricketers to hone their skills and work on them through competition.

The theme of the campaign is how the IPL unites people despite so much distance between them, after much adjournment and other issues, as people came to the screen this season during the epidemics.

This year’s anthem, featuring cricketers like Rohit Sharma, Virat Kohli, and other superstars of the game, was released on the Mid Session Show airing on Star Sports during the first ODI between India and England.

What makes any brand memorable is the way they make their target audience feel. Over the years, the IPL has been able to create a place in the hearts of all people across the country, whether they are fans or not. It has the power of effective marketing and of course, very talented players and an exciting game.

How can I promote my IPL?

The Mumbai Indians are a very successful team with five titles and are two-time defending champions in this year’s tournament.

Board of Control for Cricket in India