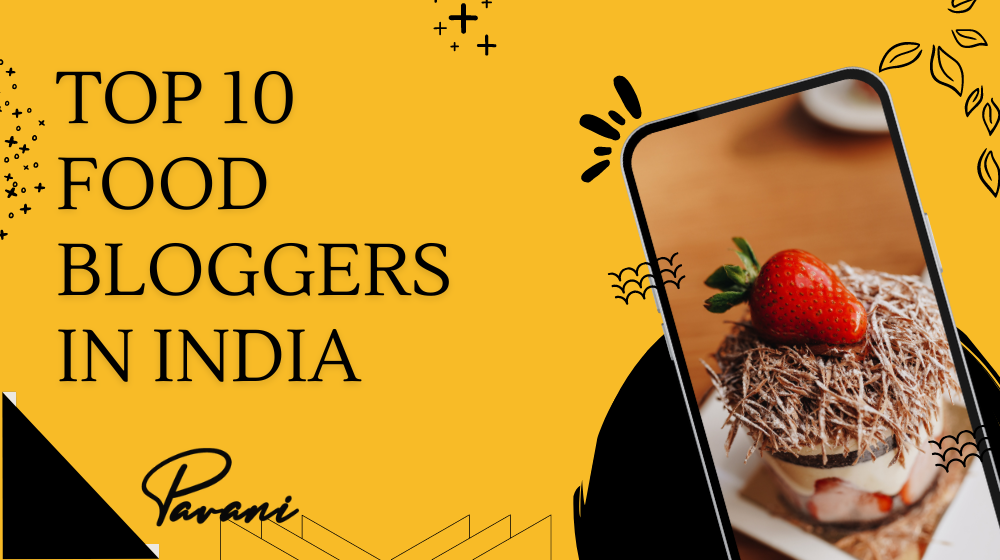 Being a cloud kitchen owner in India is an exciting venture, but it requires a lot more than cooking amazing food to ensure long-term business success. More and more, establishing an online presence is not only important for business growth but also essential for the survival of your restaurant. Brand awareness and strengthening your brand’s online influence is the only way to grow your business. Working with food blogger and KOL (key opinion leaders) in India can has a huge impact.

In India, 70% of consumers are more likely to buy a product or brand based on a social media reference. Getting a positive review from bloggers, top food influencers and KOLs in India can translate into a huge wave of new customers trying (and loving!) your food. We’ve compiled a list of top 10 food bloggers and KOLs in India that your restaurant should work with.

As the winner of MasterChef India, Shipra Khanna has definitely established herself as an influential food KOL in India. With 3.6 million followers on Instagram, Chef Shipra also stars in his own show “Tadka Maar Ke” on Tata Sky.

Indian celebrity chef, Sanjeev Kapoor, is a well-respected food KOL and expert, best known as the host of the popular TV show Khana Khazana. Sanjeev is now a successful YouTuber with a YouTube channel of over 6 million subscribers.

Rathi is a popular Instagram food blogger with 1.6 million followers. Her specialties include plant-based cooking, Ayurveda, healthy living and conscious cooking. She is married to Jay Shetty, a former monk and coach on purpose, who became famous for hosting the podcast “On Purpose,” which garnered 64 million downloads in its first year.

Amar Sirohi has been writing food and restaurant reviews for years and is the creator of India’s largest vegetarian site Foodie Incarnate and has reinvented himself as a major Indian food blogger . She recently celebrated reaching the milestone of 700k+ followers on Instagram.

Akshar is many things — comedian, graphic designer for Zomato, content creator, and now one of India’s leading influencers known for his humorous posts. Food blogging is one of her content offerings and anything she endorses gets a lot of exposure with her 522k followers on Instagram and over 23k followers on Facebook.

Richa Hingle aka Vegan Richa is a food blogger, recipe master and author of the bestselling Amazon book “Vegan Richa’s Indian Kitchen”. He has a huge fan base of 337k with 39k subscribers on Instagram and YouTube channels.

Rohan, identified as @foodie_actor_engineer on Instagram with 303k followers, is a trained computer engineer who has expanded his skills in acting and content creation as a micro-influencer in Mumbai.

Shagun Segun is a popular blogger who has established an impressive following with his stories and reviews on food, travel and more. He is the creator of Eat Trip Click and is one of India’s top food contributors on Instagram with a multi-channel platform that includes 217k followers on Instagram and over 8k followers on Facebook.

Grandpa’s Kitchen does more than entertain its 9M+ YouTube channel subscribers with its food and cooking videos — they also do charity work by donating the proceeds to those in need. They work with charities that provide food, clothing and supplies to orphans and low-income families.