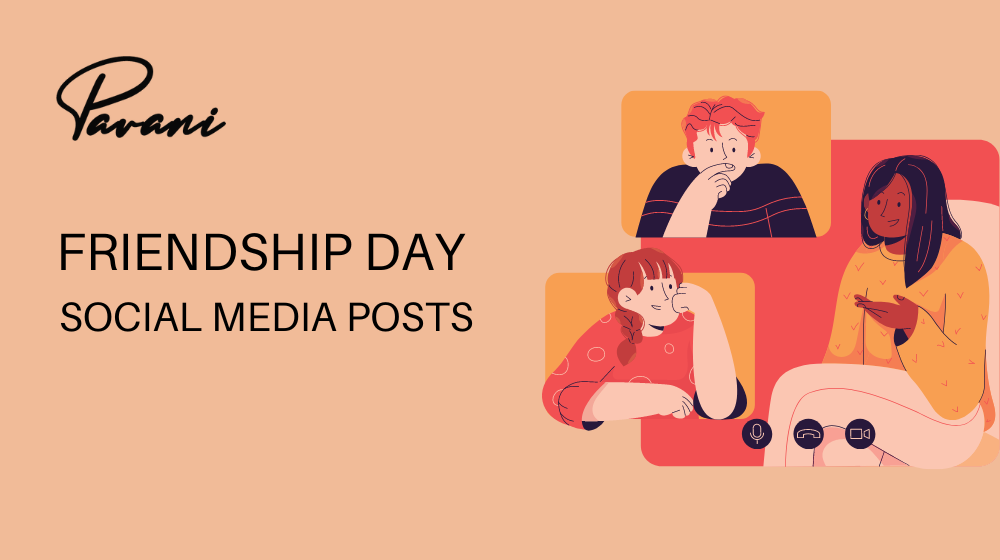 The first Sunday in August is celebrated as Friends Day, which reminds and encourages people to reconnect with their friends around the world.

Friendships come in different forms, and the meaning of the word develops over the course of life and time. With the arrival of each new friend our vision of the whole world expands. We develop and expand our vision through friendship.

For this year’s Friendship Day, brands, as usual, have come up with campaigns and greetings in different formats. Let’s look at some of them.

On this Friendship Day, Disney India used the opportunity to celebrate the magical bond of friendship. Social media posting is a tribute to everyone who goes to the end of the world for the love of their friendship. This video is a mix of all the sweet events that friends share with each other.

In addition, Nickelodeon will revive a fun on-air campaign in which millions of children will watch episodes of their favorite toon BFFs such as Rudra, Motu Badlu, and Golmaal Jr., and give them the wonderful opportunity to compete and win. Cool and preferred gaming consoles. This console is great for kids to spend time with their friends and enjoy many fun moments roasting their toast.

Nickelodeon has big celebration plans with its latest venture #ToastYourDost. Represented by Nick Toons, #ToastYourDost offers its young audience the opportunity to celebrate throughout August.

On the eve of International Friendship Day, SBI Life Insurance has sent a series of unique tweets congratulating its colleagues. Friendship Day news lit up Twitter timelines because Netizens were delighted to see all the other life insurance companies in the country respond with friendly gestures.

Zee Thirai recently launched a Friendly Day special ad starring Ashwin Kumar, who took center stage and not only owned the screen with his acting but also revealed the channel’s surprise to the audience. From providing uninterrupted entertainment to engaging with fans on their social media sites, the channel is engaged in interacting with its viewers.

Indian TV premiere of friends: The Reunion on Zee Cafe, Comedy Central India, and Zee Cafe had an interesting brand moment on Twitter.

This Friendship Day, Sony YAY! Honey has teamed up with 99 pancakes to launch a limited edition of the Bunny Dosti Special Combo – India’s first brand to launch mini pancakes. This combo will be available in all outlets across India from 1st to 31st August 2021.

ALT Balaji has signed a joint venture agreement with Zouk, one of the emerging fashion & lifestyle pack stores. The collaboration involves ALT Balaji gifting exclusive premium products from Zouk to their media friends and influencers ahead of Friendship Day.

In the current era of pandemics, meeting friends and family while people are locked in their homes is a virtual affair. The only real comrades we had were our pets. Spending time and caring for them was one of the biggest engagements of these periods.